Jun Davantes has been training in the Martial Arts for more than 40 years. Starting in Tae Kwon Do in 1980, Jun moved on to Seven Start Praying Mantis, under the late sifu Ming Loy, after a year. He studied the Praying Mantis style for 6 years before moving into the Long Fist style of Kung Fu called Chang Chuan, while studying biomedical engineering at Marquette University. Jun trained under the late Grandmaster Yin for three years until his professional career took precedence over Martial Arts training, resulting in a two-year break from training.  Returning to Milwaukee in 1992 for graduate school, he resumed his training under Mr. Sipin at Four Winds Martial Arts.

Jun was the Regional & National Champion in stick fighting and forms at both the 1996 and 1998 tournament seasons. At the 1996 National Championship, Jun took 1st place in the overall forms competition, winning the Golden Stick trophy against champions across the different adult forms divisions. At the 1996 WEKAF World Tournament in Carson City, CA, he placed 2nd in the overall standings. Jun continued to compete in the 2002-2008 tournament seasons and placed 1st and 2nd in his divisions for forms and live stick fighting. In the 2006 WEKAF World Championship held in Orlando, FL, Jun took 1st place in the men's open forms' division.

"I love teaching the Martial Arts. Seeing the evolution of a new student into the upper ranks is very rewarding. Four Winds Martial Arts teaches such a broad spectrum of styles and techniques that effectively complement each other. Because of the array of material that we teach our students, it's easy for new students to become overwhelmed. Guiding them through our curriculum and encouraging them to stick with it is a major part of the excitement that I get out of teaching." 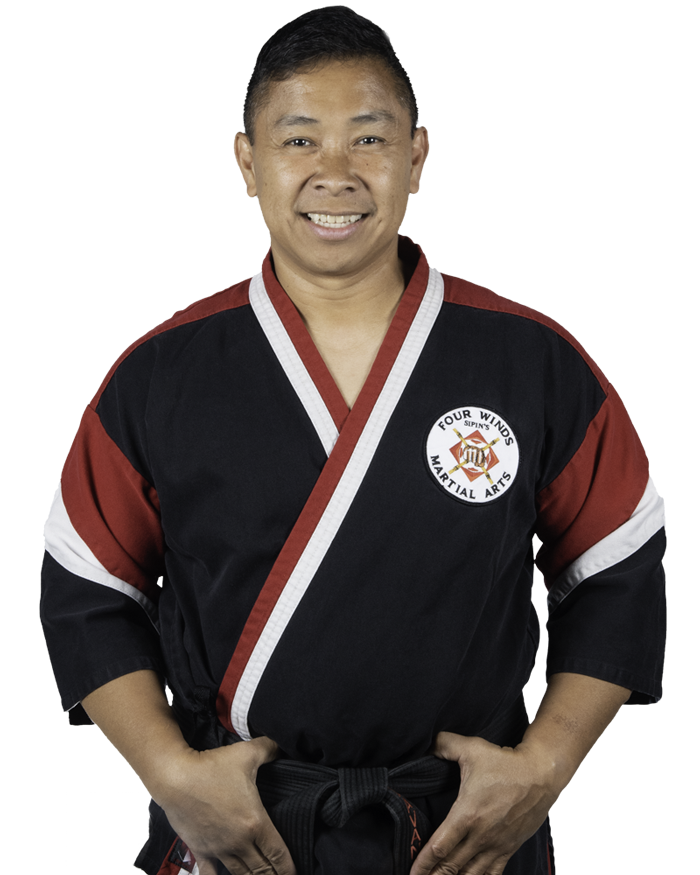 FOR A FREE TRIAL

Are you ready to start your Martial Arts Training? Whether you're a new student or a seasoned veteran, Four Winds has a program for you.  Fill out our quick form and tell us what you're interested in learning and we'll get right back to you.

Your submission has been received!
Something went wrong while submitting the form.
Try submitting Again.